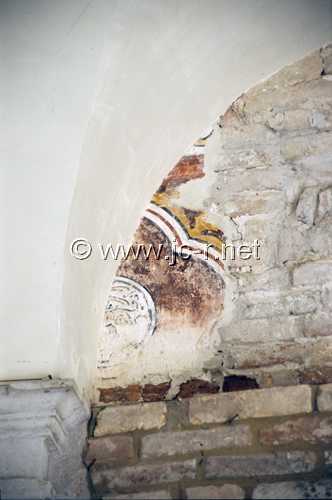 During the last restoration of Palazzo Zorzi Galeoni by the UNESCO, which has its venetian subsidiary at the same place, gothic frescoes were discovered on a supporting wall of the courtyard access. The frescoes were laid open in a exemplary manner. The palace itself is a gothic edifice remodeled by Mauro Codussi. State August 2005.
Architecture of Venice — Copyright © 2001-2007 Jan-Christoph Rößler